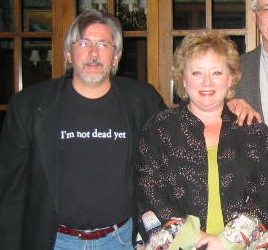 Here we are with Chuck wearing his “I’m not dead yet” t-shirt, which is a Monty Python reference and has nothing to do with my books. Still, it does work nicely!

My husband, Chuck, has never read one of my books. That’s why, in about my third book, I started naming dead husbands Charles, after my husband. I have dead Charles’ now in most of my books. Sometimes they have died of old age, or they’ve died quickly and painlessly. Sometimes they die slowly, with a great deal of pain and suffering. It really all depends on how my life is going. It keeps him on his toes and I think it keeps our marriage fresh.

At first, when Chuck realized I named heroes after old boyfriends and dead husbands after him he was a bit annoyed. Now, he likes it and in fact seems to see it as some kind of badge of honor. He likes the mug too.

It can get a little weird though. Several of my books are out in audio form. In my first audio book, The Lady in Question, we actually hear Charles die in the prologue. He’s stabbed and thrown in the river. I was playing it in the car and Chuck and I were listening to it. He was definitely a little uncomfortable. I told him—”Sweetie, it’s not like it’s a rehearsal. I’d never put anything in writing.” But overall he is very comfortable and feels very safe. He’s mentioned more than once that if anything happens to him, I’ll be the obvious suspect. He seems to get a certain amount of comfort from that.

Whatever works for him. 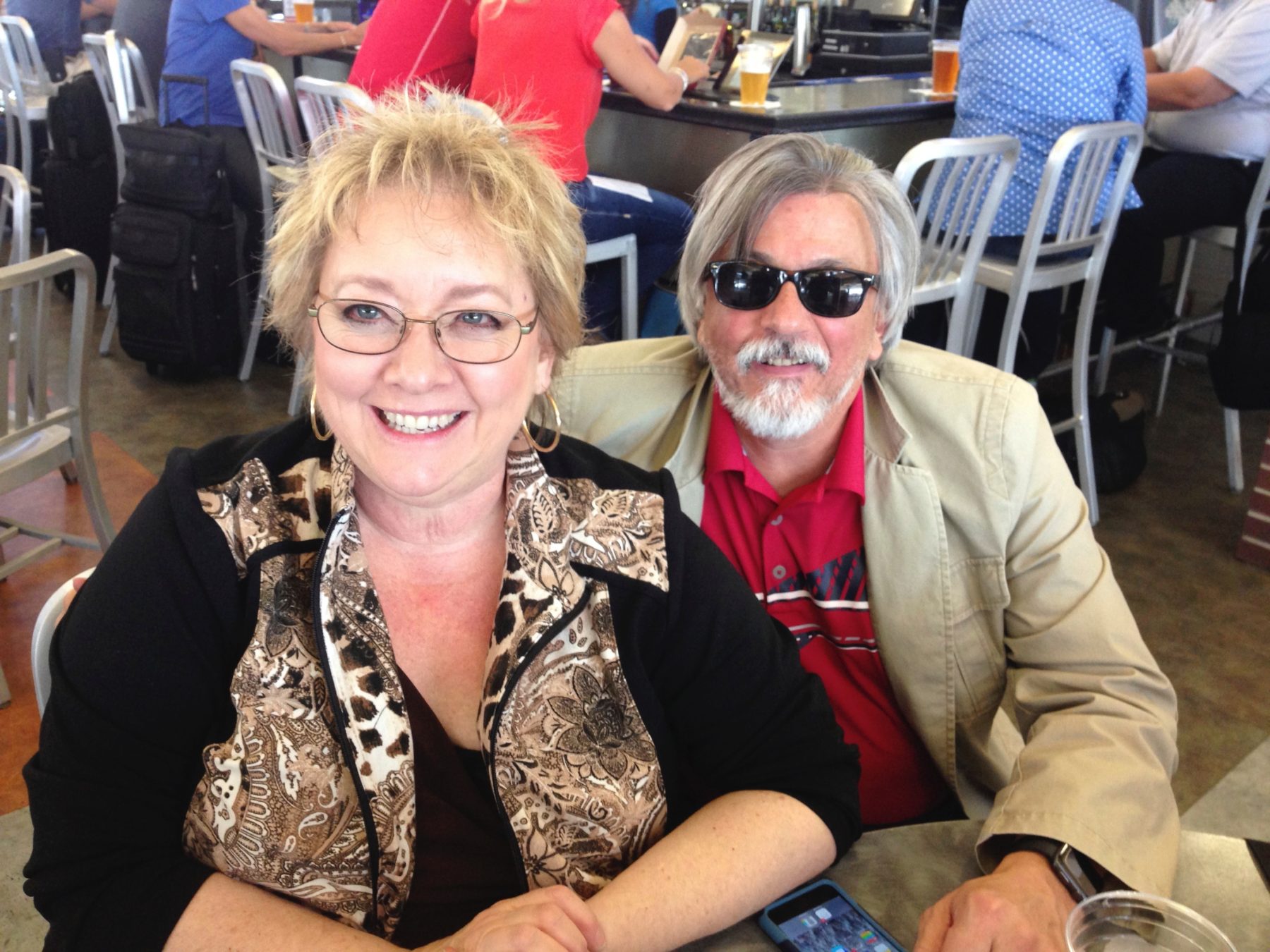