Good day. Allow me to introduce myself. I am Derek Winstead Aloysius Saunders. I know, it is quite a mouthful and while I’m not at all fond of Winstead Aloysius, and would certainly be distrustful of anyone who was, I do rather like Derek. It’s the kind of name one would find in a novel of adventure. My mother’s idea of course. I doubt my father would have been quite so fanciful but he died when I was very young and so I really don’t know one way or the other. Still, I suspect he would have been firm in manner as Mother is so very, well, not firm if you will. She would rather like being described that way. Mother is currently traveling abroad with her third husband. I like the man, not that it really matters I suppose but I do. Although one does have to wonder at the sensibilities of a man willing to wed a woman who has already laid to rest two previous husbands. Either they are quite courageous or extremely smitten. Probably a combination of the two. Even as her son I can see that Mother has held up well.

But I digress. I was told to talk about myself, although it does seem to me that one cannot explain oneself without explaining those who have had an impact on one’s life, which means I should now speak of my Uncle Gerald, the Earl of Danby. However, I shall come to him in a moment.

I have recently passed my thirty-second birthday, an occasion upon which my uncle felt compelled to set my life to rights as I am the heir to his title and fortune. I argued that  my life was perfectly fine even if somewhere in the back of my mind I might have noted a life of drunken frivolity, high spirits, willing women, scandal and any number of other decadent pursuits was perhaps not as productive as one might hope. But, quite honestly, when one has almost unlimited financial resources and few responsibilities it is the nature of man to take advantage of such circumstances. Or perhaps that is merely an excuse and the fault lies in my nature.

Regardless, my uncle informed me in no uncertain terms that while there was nothing he could do to prevent my inheritance of his title upon his demise, the bulk of his property and fortune were not entailed but rather his to dispose of as he wished. If I did not change my wasteful, pointless way of living, I would indeed be the next earl but would as well be penniless. I must tell you, it was not the birthday gift I had hoped for.

However, as I am far more intelligent than my past behavior might suggest, I accepted his edict, even privately acknowledging the truth of his charges. I began working with Uncle Gerald’s estate, property and business managers and discovered a heretofore undeveloped talent for numbers. I am both shocked and pleased to find I am enjoying the work Uncle has set me to and for the first time in a long time, I’m somewhat satisfied with myself. The last few months have been a period of revelation although I believe I am in the process of reformation rather than entirely reformed. I am also well aware that Uncle Gerald sees this as a period of probation. He has, I fear, a right to be cautious but I am determined to prove his concerns are unfounded. The last thing I need is scandal of any sort.

I’ve was never particularly worried about scandal or inappropriate behavior in the past. But then when one is more concerned with enjoying oneself, one rarely considers how that enjoyment appears to observers. There was a time when I thought my slightly disreputable nature to be part of my charm. I am, as well, immodest enough to say I cut a handsome, dashing figure. I am known for my charming manner and, in spite of my past indiscretions, I am considered an excellent catch. I have no particular aversion to marriage by the way but neither am I actively seeking a bride at the moment. All things in their time you know. I have, however considered what kind of woman would suit me. I would prefer someone fetching—what sane man wouldn’t? But I have no desire for a brainless creature no matter how lovely. Where would be the challenge in that? And as I do intend to remain married for the rest of my days,  I want those days to remain interesting. I want a woman I could enjoy life with. A woman who laughs as easily as I do. Perhaps even someone a bit more sensible than I, although too sensible would be most annoying. As odd as it may sound, I want a wife to be as much a friend and companion as a lover.

I am as well I fear, a bit of a romantic sort.  I have been in love or fancied myself in love—which is very much the same thing—more times than I can count. Never managed to work up the courage to ask for a lady’s hand though which does tend to indicate my heart was not truly engaged. It has however been broken on several occasions. Admittedly painful but never long lasting which again says something about my true feelings.

I have changed or am changing or perhaps I am simply becoming the man I was always destined to be. Pity that it took the threat of poverty to set me on a more respectable path. Oh, do not misunderstand me. I have no intention of becoming altogether self-righteous and stuffy and I don’t think I am in true danger of that. After all, while Uncle Gerald’s manner is today upright and responsible, my mother says he had a reputation not unlike my own in his long ago youth. The apple doesn’t fall far as they say. I am learning a deal from my uncle. Much of it expected and practical that will serve me well as the future earl but much of it less tangible. The importance of family and the maintaining of a family’s good name,  the responsibilities of position and the worth of loyalty. These were not foreign concepts to me, simply things I had never acknowledged. In this too, apparently, the apple doesn’t fall far.

There have been moments in these recent months when I have had the distinct impression that Uncle Gerald might be proud of my progress. Still, I should hate to test his resolve. I would not fare well impoverished. As I said, the last thing I need is scandal . . . 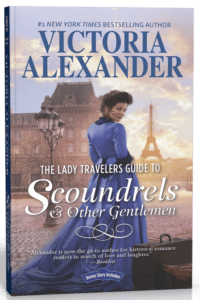