The Proper Way to Stop a Wedding

in Seven Days or Less

“Are there any questions?” Guinevere Blodgett beamed at her dearest friends in the world. Friends who had set aside everything in their own lives to come to Danby Manor at her request. But then wasn’t that what friends were for?

Mrs. Ophelia Higginbotham and Mrs. Persephone Fitzhew-Wellmore—Effie and Poppy to those who knew them best—traded glances.

“Clarification more than questions,” Effie began. “Apparently, you have sent for us so that we may help you in the preparations for the wedding that is to occur in one week’s time. A wedding that really has nothing to do with you as it’s the wedding of your niece’s half-sister to an earl’s brother.”

“And you have been, oh, lured into assisting,” Poppy continued.

“Exactly.” Gwen blew a long breath. “It wasn’t by choice, believe me.” She had arrived at Danby Manor two days ago and realized at once someone needed to take things in hand. And as the bride’s father–and then the groom’s brother upon her arrival—had asked her to do so, she couldn’t bring herself to refuse. There was entirely too much at stake. “You are both well aware that since my sister died I have not been as close to Celia as I would have liked.”

“Because of that beast of a father of hers.” Effie sniffed. “And that woman.”

“As much as I would like to blame them fully, much of the fault lies with me.” Gwen twisted her hands together and paced absently. “I should have taken steps to ensure I saw Celia more frequently but they have always lived in the country and my life is in London. And Celia was usually away at school. But we do correspond regularly . . .” Gwen cringed, well aware of how feeble her excuse sounded. As indeed it was.

Gwen’s sister, Viviane, had married Alfred, Viscount Bromley, a widower with two young daughters—Katherine and Louise. Viviane had promptly given him Celia but had unfortunately succumbed to influenza some twelve years later, leaving the household in the hands of Miss Frances Quince, Alfred’s first wife’s sister—also known as that woman. She had immediately taken up residence, assumed the position of mistress of the house and had sent all three girls away to school, no doubt in the hope that should the legal prohibition to marrying the sister of one’s deceased wife someday be abolished she would be in an excellent position. From what Gwen had ascertained through the years—Miss Quince was inordinately ambitious and wanted nothing more than to be the next viscountess. The older girls blamed their banishment on their half-sister. Katherine and Louise had never considered Celia their true sister. A belief no doubt encouraged by Miss Quince.

“You’re not being at all fair to yourself,” Poppy said firmly. “We have watched you time and again try to see Celia only to be rebuffed by her father and that woman. And you did manage to visit with her when the family was in London a few months ago.”

“Only twice. Even so, I should have tried harder.” Gwen sighed then straightened her shoulders. “Regardless, I was asked by Alfred to come here to Danby to assist in Katherine’s wedding. Apparently Miss Quince is not quite up to arranging a social event of this magnitude and is driving Alfred and his daughters mad.”

“Not that they don’t deserve it,” Effie muttered.

“I could not agree more but—”Gwen fixed Effie with a firm look—”if this wedding does not go well it will reflect upon the entire family. I want nothing more than to see Celia married to a good man and I think it’s past time the three of us did something about that. And we shall start the moment we have put Katherine’s wedding behind us.”

“But Celia’s cause will not be helped if this wedding is a shambles. The gossip would ruin any chances she might have at a good match. Reputation, as you know, is everything.”

“Might I point out that Alfred’s excessive gambling and loss of the family’s fortunes to the point where none of his daughters had a season has already damaged that reputation beyond repair,” Effie said in a deceptively mild manner.

“Come now, half the gentry in England has exceptionally bad habits and lives on credit.” Gwen waved off the comment. “The trick is not to acknowledge that publicly. Society runs on illusion. As Katherine is to marry the twin brother of the Earl of Danby, the guest list is extensive and socially prominent.”

“No surprise there,” Effie murmured.

“If this wedding is a disaster, I dare not think what the repercussions for Celia’s future will be.” Gwen shuddered. “The groom’s mother died several years ago so apparently I am the closest female relation on either side. Except for Miss Quince, of course, who does seem unable to manage this.”

Gwen had realized very nearly the moment she arrived that the social events Miss Quince and Katherine had planned leading up to the wedding, as well as the nuptials themselves, were both extravagant and complex. But then the groom’s brother was paying for it all. While Miss Quince had said no expense would be spared, Gwen suspected the earl was a bit less than thrilled at the expenditures even if he did seem to care too much for his brother to protest. At least thus far.

“Well, we are here now.” Effie offered a feeble smile. “And it’s not as if we had anything better to do.”

A not uncommon occurrence as the husbands of all three women were currently out of the country. Charles Blodgett and Malcomb Fitzhew-Wellmore were both engaged in pursuits of exploration, and Effie’s husband, William, was a military officer currently in the Crimea. Gwen and Poppy considered it their duty as her friends to keep Effie’s mind off the war as much as possible—a difficult task given the papers were full of reports of battles and men lost or wounded.

It was their husbands’ penchant for wandering the world in the name of exploration or in service to her majesty that had led to their meeting in the first place, some ten or so years ago. They were of a similar age—all three now past their forty-fifth year—none of them had been blessed with children, nor did any of them have much in the way of family and they became as close as sisters. Indeed, they thought of themselves as such.

“I for one am delighted to lend my assistance. I love weddings.” Poppy nodded enthusiastically. “What exactly do you want us to do?”

“Unfortunately, there are any number of details still to be arranged. I’m certain, between the three of us, we shall overcome any difficulties although this is a bit more complicated than one might expect.” Gwen braced herself and favored her friends a confident smile. “In addition to the wedding itself—which I understand is more restrained at the request of the groom—than the bride had originally wanted there is to be a rather grand pre-wedding ball.”

Goodness, one would have thought Gwen had tossed a bucket of cold water over her friends’ heads given the disbelieving looks on their faces. Perhaps it was best to continue before either Effie or Poppy or both called for a carriage for the lengthy ride back to the nearest train station.

“Oh good, there’s a however,” Effie said wryly. “I was afraid there wouldn’t be.”

“Aside from ourselves and family members, there are no other guests staying here at the Manor which will make things much easier,” Gwen began.

“Will it?” Poppy asked faintly.

Gwen ignored her. “While the staff seems adequately trained, they appear to have taken a rather strong dislike to Miss Quince.”

“Only the earl and his brother, Henry, inhabit the house and then only when they’re not residing in London which apparently they do most of the year,” Gwen said.  ”This is a bachelor establishment, ladies. So it’s obvious why our help is so desperately needed.”

“To be expected really.” Poppy shook her head. “Men are helpless when it comes to the more practical aspects of life.”

“Hard to believe they can expertly undertake an expedition to the far corners of an unexplored jungle but they cannot manage to direct a cook to prepare toast for breakfast,” Effie added.

Gwen nodded. “There’s been no mistress at Danby since the earl’s mother died a few years ago and the staff might be a bit lax.”

“Then we had best get started.” Effie drew a bracing breath. “What exactly do you want us to do first?”

“You have both been traveling today and I know how wearing that is, so, for the moment, I want you to do nothing more than rest,” Gwen said firmly.

“To gather our strength, no doubt.” Effie’s brow furrowed.  ”As we shall obviously need it.”

“I have made lists of all that must be accomplished as well as charts delegating who should do what on which day and so on and so forth. I shall distribute those at tea and we can discuss all the details then.”

“Will Miss Quince be assisting us?” Poppy asked.

“She has taken to her bed with a sick headache.” Gwen shook her head in a mournful manner and summoned up her most sympathetic expression. “Poor dear.”

“Poor dear, indeed.” Effie tried and failed to look appropriately concerned but then Effie, and Poppy as well, held Miss Quince only slightly less responsible for keeping Gwen from her niece than they did Celia’s father.

“One more thing.” Gwen hesitated. She wasn’t at all sure if she was right but something odd had struck her the first night at dinner and then again last night. It was subtle and she could very easily be wrong. “You are both intelligent women and have been known to be quite observant. Do let me know if you notice anything . . . unexpected.”

Once again her friends traded looks.

“What do you mean by unexpected?” Caution sounded in Effie’s voice.

“Goodness, Effie.” Gwen huffed. “If I could tell you that it wouldn’t be at all unexpected but rather extremely expected. Don’t you think?”

“Besides, I want your unbiased, completely dispassionate opinion.” Gwen chewed on her bottom lip thoughtfully. “Suffice it to say, I’m not sure all is as it appears. Or perhaps as it should be. I might well be wrong. However, if I’m right . . .”

Effie grinned. “I do love your howevers.”

“If I’m right . . .” Gwen settled her gaze first on Poppy then shifted to Effie. “We shall have to take it upon ourselves to do something about it.”

(Included as a bonus with the print edition of The Lady Travelers Guide to Scoundrels and Other Gentlemen.) 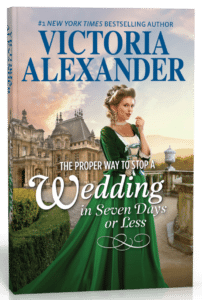