Seduction of a Proper Gentleman

It was a sad state of affairs when a man’s only companion was a bottle of cognac. And an unopened bottle at that.

Oliver Leighton, the Earl of Norcroft, sat at his usual table in his favorite club and stared at the bottle, absently jingling the four coins in his hand. Who would have thought it would come to this? Certainly not Oliver. He never imagined he’d be the last man standing. When he and three of his closest friends had formed a tontine a mere six months ago, Oliver never dreamed he’d be the ultimate winner. Nor, if truth were told, did he especially wish to be.

The tontine was a wager of sorts. At stake was a shilling contributed from each of the men and the fine old bottle of cognac that now sat before Oliver in an odd sort of silent reproach. Not that there was anything to reproach him about. No, Oliver had emerged victorious through no fault of his own.

It had been Warton, Gideon Pearsall, Viscount Warton, who had originally proposed the tontine. The winner of the stakes, admittedly meager but symbolic nonetheless, was the last man to marry, although freedom was the true prize. If any one of them at that time had been told all but one would be wed within half a year, the teller of such a tale would have been denounced as a lunatic. Of course now he would be seen as prophetic.

The tontine was not a secret among members of the club and other gentlemen of their acquaintance. In private wagers around the city, the smart money had been on Warton. That he had been the first to fall was no more a shock to observers than it was to Warton himself. But fallen he had. And, as he was currently in the midst of planning an expedition to South America with the lovely Lady Warton to indulge her passion for the study of orchids, one might say he had fallen particularly hard. Even if the viscount was more resigned than enthusiastic, he had never suggested the journey not be attempted at all, which was a testament to the charms of the new Lady Warton as well as to the depth of her husband’s affection.

But if Warton had been the favorite of those who preferred to bet on a sure winner, Cavendish had been close on his heels. Viscount Cavendish, Nigel, had spent much of his adult life in the fervent avoidance of responsibility of any kind and the equally fervent pursuit of women and a good time. Cavendish had lived his life on the edge of scandal and disaster. It was inevitable that one day he would be found in a compromising situation with a young woman of good family—precisely why Cavendish had usually avoided young women of good family. But regardless of the circumstances, it was obvious Cavendish too had lost his heart. And obvious as well that his new wife had played an enormous part in bringing about a change in the viscount. Cavendish had grown in the last few months and any fears Oliver might have had that his friend would come to a bad end had vanished. Cavendish was a changed man and a happy one. He and Lady Cavendish were currently traveling, Cavendish had explained with a laugh, to wherever the stars were brightest.

Daniel Sinclair, the American among them, had been the third to fall. He had entered their circle of friends when his father had arranged a marriage with Oliver’s cousin. Although that arrangement had proved unsuccessful, a second matchmaking effort had succeeded, even if the manner in which it had come about was not what anyone had expected. Sinclair and his new bride were now in America, where Sinclair was poised to create a railroad empire. As the other men had invested heavily in the endeavor, they wished him well.

Now, Oliver was quite alone. Admittedly that might be somewhat overdramatic. Certainly Oliver had other friends. Among them, Jonathon Effington, Marquess of Helmsley, although he was married now as well. Indeed, even though Helmsley was not part of the tontine, it had been his marriage that had prompted it in the first place.

This was nonsense. Oliver glared at the innocent cognac. His friends weren’t dead, merely married. He hadn’t been abandoned, they had simply moved on with their lives. The fact that his was essentially unchanged was no one’s fault but his own. It was past time he made a concerted effort to find a bride. It shouldn’t be especially difficult. By anyone’s estimate he was an excellent catch. He was of good family and equally good fortune, better than average in appearance, indeed, some would call him rather handsome, even dashing. And no one had ever complained about his manner. Why, he could be quite charming. No, there was certainly nothing wrong with him. Now that he had apparently decided what he really wanted, he should have no problem finding just the right woman. No problem at all.

Although there was that bothersome character flaw of his that had kept him from marriage thus far. The twelfth Earl of Norcroft was an unabashed romantic. He didn’t just want to marry, he wanted love. His father had loved his mother. His grandfather had loved his grandmother and so on and so forth. Why, marrying for love was every bit a part of his heritage as his blue eyes and brown hair. And every bit as impractical.

Regardless, he was who he was.

He signaled to a waiter, requested the cognac be stored for a later time, then rose to his feet. Oliver made his way through the lounge and the foyer beyond, absently jingling the shillings in his hand, accepting the well-meaning congratulations of acquaintances, the jovial comments regarding his skill at avoiding the marital trap that had caught his friends and the observations about his good luck. He nodded at the doorman and stepped out into the deepening twilight. Odd, he hadn’t thought it was quite this late. He had lingered longer at the club than he had planned. Not that he had any other plans at the moment.

He started toward his carriage, ignored a twinge of guilt at how long his driver had had to wait and brushed past a woman shrouded in an ancient cloak. A beggar no doubt. At once, Oliver was struck by the enormity of what he had that so many others did not. He had no legitimate reason to feel sorry for himself.

He turned. “I beg your pardon, madam.”

She didn’t say a word. Her face was hidden by her cloak and that, coupled with the approach of nightfall plus the long hours of savoring the club’s best whisky, produced the strangest feeling. As if she weren’t quite real. Or he wasn’t.

“If I may be so bold.” He bowed and held out his hand. “I hope, dear woman, these will bring you better…luck if you will, than they have me.”

She hesitated, then held out a gloved hand. He dropped the shillings into her palm, noting that the gloves were of exceptionally fine quality. A cast-off, no doubt.

“Good day.” He nodded, turned on his heel and continued toward his carriage.

When only he and Sinclair had remained in the tontine, Sinclair had suggested, given the speed with which the others had succumbed to marriage, that perhaps they, or the shillings or the cognac, had been cursed. Oliver had thought it utter nonsense then and no less ridiculous now. Regardless, the shillings had now been put to a good and charitable use. The cognac would not be opened until the time was right, which had nothing to do with any concern about luck, good or bad. Perhaps he would save it for his own wedding.

No, Oliver Leighton, the Earl of Norcroft, did not believe in silly things like curses or superstition or magic. Unfortunately, Oliver smiled in a wry manner, he very much believed in love. And that might be as difficult to find as magic. 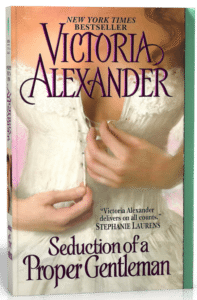