Good day and a lovely day it is too, don’t you think? I’ve been asked to tell you something about myself although I fear there isn’t much to say. My life has been remarkably devoid of anything of particular interest. At least until the last few years. Now, well, now things are different.

I really should begin by introducing myself. My name is Sidney Althea Gordon Honeywell. I was named in part for my grandmother, Althea Gordon. I have long suspected naming me after my grandmother was my mother’s way of asking her forgiveness. Although I never had the courage to ask my mother if that was indeed true and, as she passed on several years ago, the opportunity is now gone but I do have my suspicions.

My mother was estranged from her parents—Althea and Frederick Gordon. You have probably never heard of them but they were well known among those who study ancient Egypt. They spent most of their lives searching for the remnants of that long ago civilization. My mother accompanied them when she was a girl but apparently detested the desert and anything to do with her parents’ work, which makes no sense to me by the way. As soon as she was old enough, she chose to remain in England to attend school and never set foot outside the country again. Nor, from what I have been told, did she see her parents on more than the rarest of occasions. Mother blamed all things Egyptian for that. They were lost at sea when I was very young and I have no memory of them. Much to my regret.

My father was a solicitor but unfortunately died unexpectedly eleven years ago, leaving my mother and I in modest financial circumstances. Mother never quite recovered from Father’s death and her grief took a distressing toll on her health. She was not at all well and I spent most of my time caring for her until she joined my father three years ago. At the age of twenty-eight, I found myself an orphan.

Do not for a moment think this is a sad tale. Far from it. My parents’ house was a happy place. And in spite of her illness, my mother was sweet and kind and most amusing. I miss her terribly and I always will. Perhaps this would indeed be a sad story were it not for the friendship of Aunt Effie, who is not my aunt at all but has become one of the dearest persons in the world to me.

Aunt Effie—Ophelia Higginbotham—changed my life. Effie was a good friend of my grandmother. She was married to a military man and while my grandmother accompanied my grandfather on his exploits to Egypt, Effie spent her life in England. But they wrote volumes of letters to one another and whenever my grandparents went off on another expedition, Grandmother would leave the journals chronicling their adventures with Effie for safekeeping. I made Effie’s acquaintance shortly after my father died. She gave me my grandmother’s letters and journals and my life would never be the same.

My grandmother’s writings fueled a desire to see the world beyond England’s shores as well as a passion for ancient Egypt. I began to take evening classes at Queen’s College on ancient civilizations and modern excavations and hieroglyphics and all sorts of fascinating topics. My mother encouraged my continued education although I confess I was not entirely forthright as to precisely what I was studying.

When my mother died, I was left with our small house in Bloomsbury, and an even smaller income. I was 27, unmarried—not by choice but by circumstances—with finances enough to get by on but nothing that would fund travel to Yorkshire let alone Morocco or the Grecian Islands or Egypt. It was Aunt Effie who pointed out I did have a vivid imagination and perhaps I should put it to use. I have always thought myself eminently sensible and practical but in that apparently I was wrong. I used Grandmother’s letters and diaries for inspiration and, well, one thing led to another. I now write my Tales of Egypt for Cadwallender’s Daily Messengerand my second book of stories is about to be published by another branch of the Cadwallender publishing tree. It’s immodest of me to acknowledge this but my work does seem to be quite popular and I am glad I chose to write as Mrs. Gordon rather than Miss Honeywell. The only fly in the ointment as it were—and it is indeed a tiny fly—is that somehow, my readers have the mistaken impression I have actually lived the adventures in my stories.

But that really is a minor problem and, as I said, life is much more interesting than it once was. I do miss my mother and I’m not sure she would approve of the path my life is taking but perhaps she would understand. And someday soon, I will have saved enough to actually begin the life of travel and adventure I long for. My first venture, of course, will be Egypt.

And I can hardly wait to see what happens next . . . 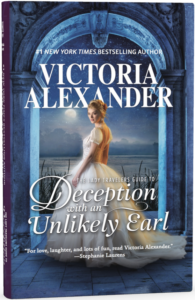